Ronny Mobley started Mobley Contractors Inc. in 1972 by pouring concrete for sidewalks, driveways, and other small jobs. He soon expanded the company with partner Ken French and started taking on larger projects. Careful to hire the right employees and engineers the company grew into the highly recognized Arkansas heavy civil construction contractor Mobley is today.

Today, Ronny is still driven to make Mobley the best it can be. Ronny attributes his faith in God, family, and passion to take on challenging projects as what has helped him lead Mobley into the recognized heavy civil construction company it is today.

Ronny and his wife Janice have three children and eight grandkids. In his downtime, he enjoys Bible Study Fellowship, hunting, roping steers, and spending time with family.

With over 48 years in the industry, Ken has experienced every role from laborer, carpenter, concrete finisher, project manager, to vice president. Every day is a new day, and Ken loves coming to work and being surrounded by hard-working honest people.

Ken is driven by his belief that God provides everything you deserve and honesty and integrity are the only way to open new doors of opportunity.

Married to his soulmate, Jennifer, for 42 years Ken has two sons and three grandchildren.

When not working on a Mobley project, Ken enjoys cattle, horses, hunting, and learning about all things business.

Brad has 25 years in the industry. He got started as a laborer, worked his way up to superintendent, then field engineer, then project manager, and now vice president. Brad loves seeing the evolution of a project from concept to completion. The bond that is formed with a team that sets a gold and successfully completes a project together is extremely satisfying.

Brad received his Bachelor of Science in Civil Engineering from the University of Arkansas.

Married to Karen Deaver, Brad has a son Cole and daughter Kaitlyn. When not engineering at Mobley Brad enjoys hunting, fishing, hiking, kayaking, and golf. 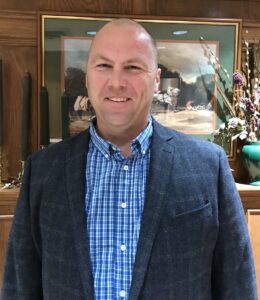 Jared’s been with Mobley since 1998. He began his career working in the shop as a mechanics helper. He worked his way through school during the same period. He has experience working in carpentry, concrete finishing, quality control, SSHO, project managing, and estimating.

Jared is married to wife Ashley with two kids. 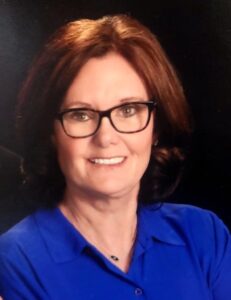 Janice L. Mobley has been a part of Mobley Contractors since the beginning. For over 40 years Janice has been the lead officer for the administration department.

Janice and husband Ronald have three children and eight grandkids.  When Janice is not at Mobley she enjoys snow skiing, fly fishing, teaching Bible study, reading, and traveling with the grandkids.

Philip has over 40 years in the industry. Born and raised in Morrilton Arkansas, Philip graduated from the University of Arkansas in 1980 with a Bachelor of Science in Industrial Engineering. Philip is registered as a Professional Engineer in Arkansas and Texas, and a member of the American Society of Civil Engineers.

Philip has been married to wife Terry for 39 years and has four children and eleven grandchildren. When not working on a Mobley project he enjoys traveling, boating, and spending time with family and friends.

Martin has worked as a carpenter, project/field engineer, construction quality control manager, and site safety health officer for Mobley. Martin received his B.S. in Civil and Construction Engineering from the University of Arkansas at Little Rock.

Martin enjoys the construction industry because it gives him the opportunity to provide new tangible solutions to the community.

A Monticello, Arkansas native Martin enjoys playing soccer when not engineering for Mobley.

Kathy is a lifelong resident of Conway County where she resides with her spouse and two children. 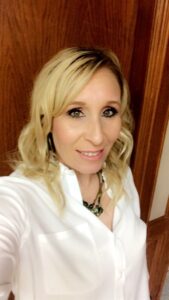 Jennifer joined Mobley in 2018. She graduated with an associate’s degree in Administrative Technology from UACCM in 2018.

She is proud to be a part of company that does great things for Arkansas and looks forward to being a part of the team far into the future.

Jennifer is married to husband Marc Roberts. They along with their four kids are residents of Greenbrier Arkansas.

Cody was added to the Mobley team at the end of October 2020. He is studying at UACCM for his general studies before transferring to UCA to finish with his bachelor’s degree.

He is a proud member of Morrilton that supports his community and helps when needed.

When he is not at work, he is spending time with his family.

Mike has over 40 years in the industry. For 20 years Mike was a career and technology instructor. He’s worked as a general contractor, OSHA Outreach instructor, and equipment operator trainer. Mike’s biggest strength is communication. He enjoys providing the right information to workers and keeping them safe.

Mike has been married for 39 years to wife Laura. When not keeping people safe at Mobley, he enjoys boating, fishing, woodworking, and spending time with family.

Chris has 19 years in the industry. He enjoys the fast pace drive of his role. Chris’s primary aim is getting the job done the first time and on time. A commitment to accuracy and efficiency has made Chris an indispensable asset at Mobley.

Chris is married to wife Amy and has two daughters and a son. When not managing the shop at Mobley he enjoys kart racing with his kids and spending time with family.